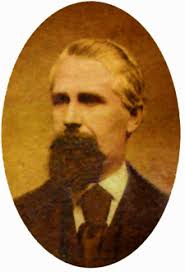 The consumer was prey who had to pray,” Copywriter Ed McLean

“`Who? Who’s got a steady job, a couple bucks nobody’s touched, who?’ David Mamet in Glengarry Glen Ross

Known for their beauty and even more for their vast ore deposits, the hills around Laramie, Wyoming were in 1865 the scene of regular knifings and garrotings. Then the Union Pacific Railroad was extended to Laramie, and westward from there: By 1875, trains were pulling in to refuel, and passengers were rushing into trackside restaurants to dine on dishes like minced liver on toast and calves tongue with tomato sauce. And there was one other sign of civilization: a lottery run by a man listed in the city directory as “Pattee, J.M., capitalist.”

Not that most townspeople were aware of the Lottery King. Having been run out of Omaha for swindling, Pattee had learned to operate by stealth. There would be no public drawings in Laramie, as there had been in Omaha. He would also pull back on advertising in newspapers. Why bother with that when there was a more hidden medium, one that would render him “hard to arrest for the deeds of the present, and harder to locate for the deeds of the past?”

That would be what is now called junk mail. This medium did not yet have a name, but it was the precursor of spam, and all other forms of instrusive advertising, and Pattee had mastered it. His circulars, 40,000 at a time, were printed by the Daily Sun, a newspaper located two doors down from his office, placed in hand-addressed envelopes, then loaded onto trains, some ending up “where the temperature is fifty degrees below zero, and little business has been transacted beyond sending to the general store for provisions,” as legend had it. Others went to places where “the golden scresent sinks beneath the blue water of the Gulf of Mexico. and summer is eternal.”

The pieces were simple prize sheets. There was no way to tailor the copy by classifying people by their characteristics. Still, early junk mailers like Pattee had little trouble targeting their customers: They referred to them, simply, as “the fools.”

It was all they needed. For the real pioneers were grifters of whom little good can be said except that they were less likely than train robbers or other postal felons to be tattooed.